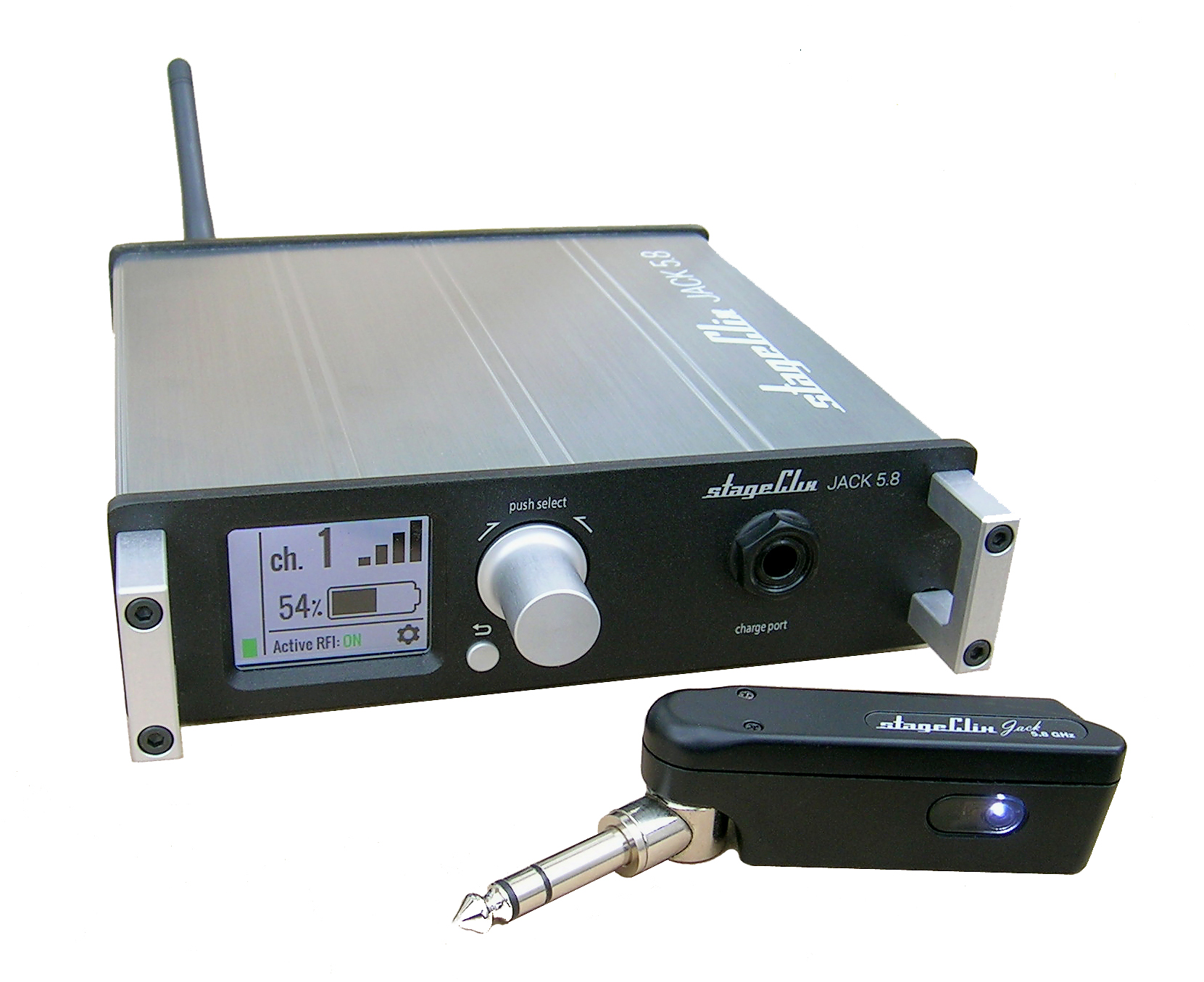 The transmitter of this brand new Version 4 of  the stageClix ‘Jack’ looks and feels similar to the previous versions – a stereo jack plug, with the jack itself on an articulated knuckle so that, when plugged in, the transmitter body can be turned flush to the guitar.  This transmitter uses rechargeable Lithium-Polymer batteries (supplied) and has a battery life of at least 15 hours straight use.  When the transmitter is first plugged into the receiver’s charging port, it’s led flashes rapidly while it synchronises channels, and then flashes steadily while the batteries are recharged, 80% in 3 hours.  When fully charged, the led blinks slowly.

When you withdraw the transmitter from the charger/receiver, it is automatically switched off to prevent a possible thump as you plug it into your instrument.  The impedance is a massive 4.7 megohm, guaranteeing no loading down effect, even on pietzo pickups like NS electronic basses. 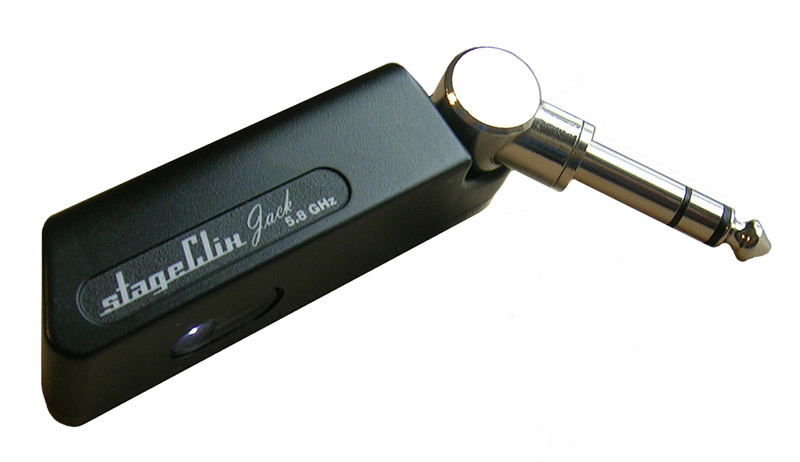 The materials used for both the transmitter and receiver casings have been carefully selected and tested, and have proven to be “road proof”.  The shell of the transmitter is manufactured from indestructible polycarbonate (also used to make safety goggles), and the receiver is housed in a robust aluminium case, rackmount-ready.

The system uses an unique, patented transmitting technique which stageClix calls ‘triple-diversity’.  By using three frequencies within 1 channel at the same time there’s practically zero chance of dropout or interference.  No other wireless system offers this. 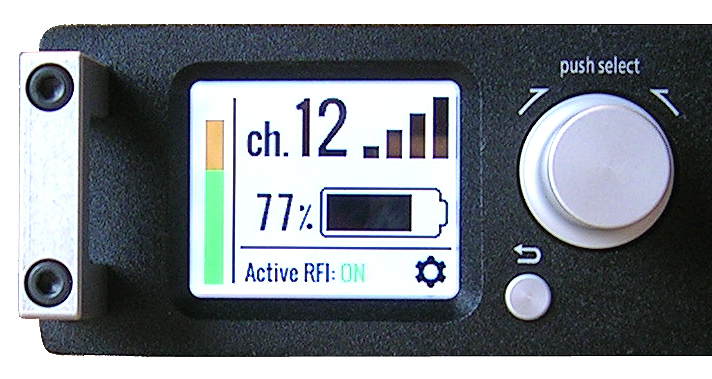 The new design of the receiver has a display window showing :- the channel in current use (1 to 12), the wireless signal strength (a 4-bar meter),  the battery status (0 to 100% charged), and a 7 segment input signal VU Meter.  It also shows the Active RFI status (on/off, this reduces interference from guitar electronics or piezo pickups). 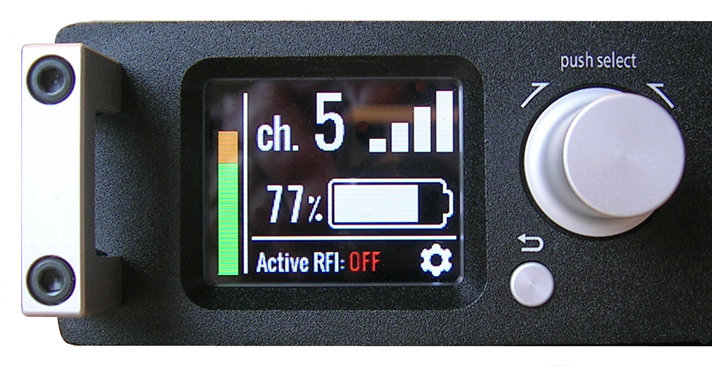 parameters are display brightness, and inverted display (i.e. a black background with white symbols).  All settings are selected and altered using the large Control knob, including channel changing (1 to 12) when several systems are used simultaneously in one venue.  You can go back or cancel at any time by by pressing the back/cancel button. 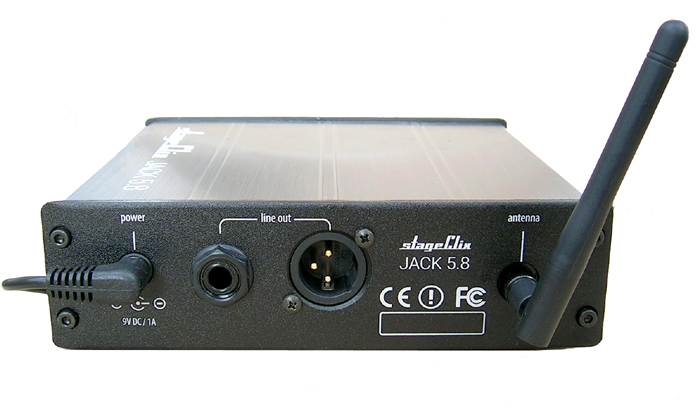 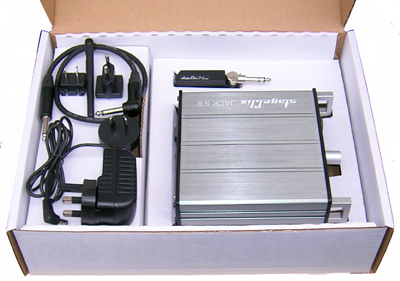 The complete system  comprises a transmitter and receiver, an ariel and a jack-to-jack link lead.  The digital power supply (100v to 130V) has a UK 3 pin plug, plus three other changeable plug sets, enabling its use more or less anywhere in the world, perfect for the globe-trotting musician!

The whole package is housed in a robust card carton for easy transportation and quick setup.

Some guitarists and bassists prefer the traditional ‘wired’ sound – but for theatre, conference, presentation, houses of worship and broadcast purposes, a ‘pure’ digital sound is more appropriate.  Both are available with the stageClix ‘Jack’ V3 – simply hold the button down for more than 5 seconds, and the cable capacitance circuitry will be engaged.  Press again for 5 secs to disengage.

Are they tough enough for life on the road (literally:)?  Check these two short videos… 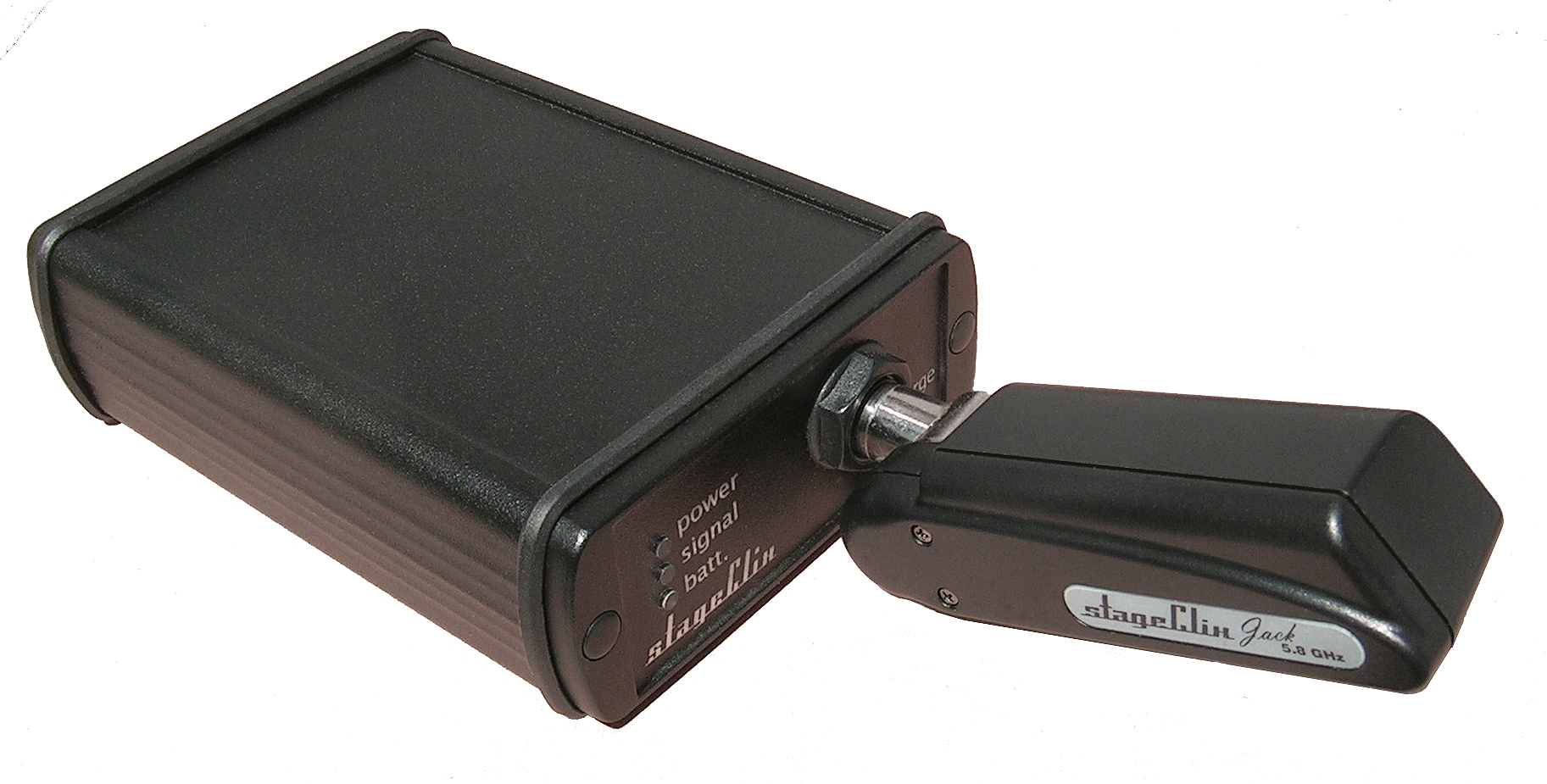 The system uses an unique, patented transmitting technique which stageClix calls ‘triple-diversity’.  By using three frequencies within 1 channel at the same time there’s practically zero chance of dropout or interference.  It’s also really easy to use, there is no menu to navigate, nor an installation procedure.  Plug into the guitar, switch on, and play!

The transmitter has been designed to fit almost all makes of bass guitars and guitars.  A nice touch is when you withdraw the transmitter from the charger/receiver, it is automatically switched off to prevent a possible thump as you plug it into your instrument.

And the whole package comes in a quality moulded briefcase with an interior foam cut-out for protection, convenience and speedy setup. 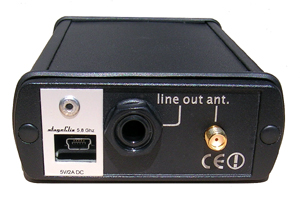 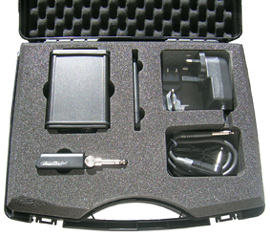